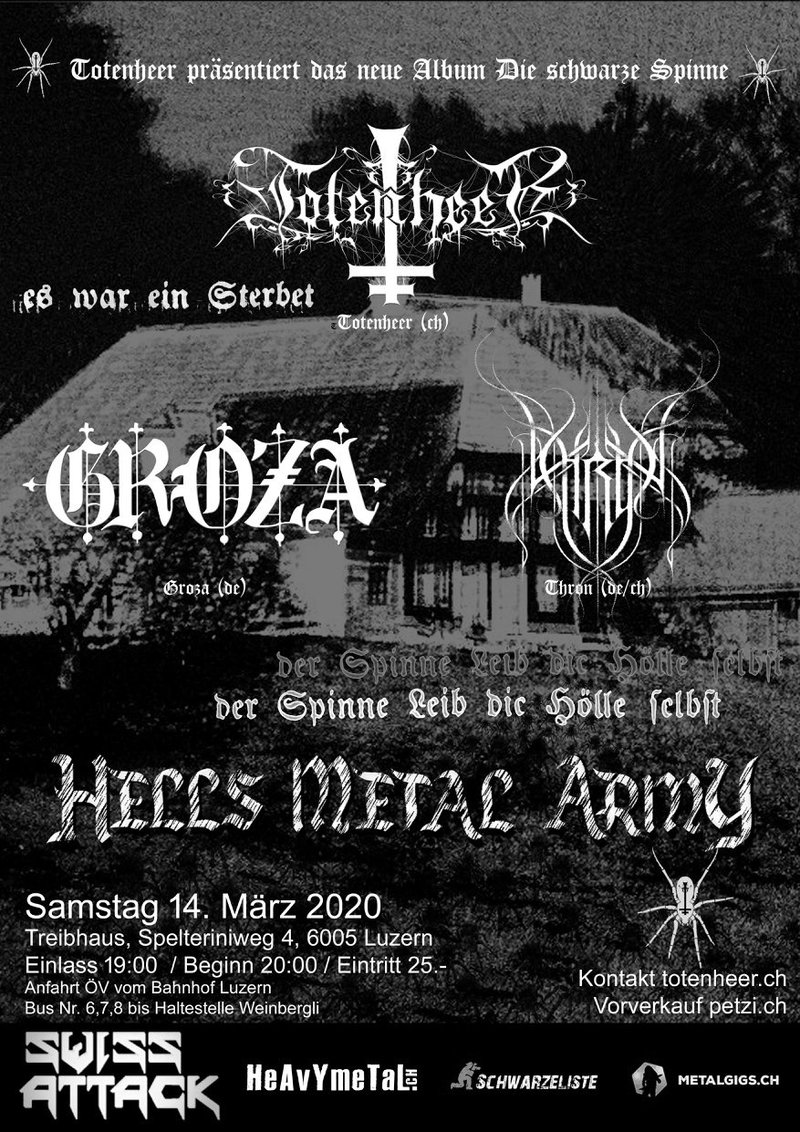 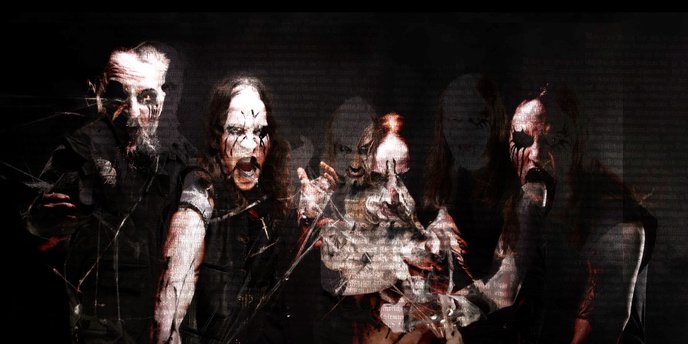 GROZA (pol. for terror) is a Black Metal band based in Bavaria, Germany. The band was started in early 2016 by singer/guitarist P.G. and only functioned as a one man studio project. In
early 2018 it was completed by three other musicians from the local metal underground scene (former Laceration, Atropos Wrath, Noise Syndicate) for playing live and songwriting purposes. The project soon evolved into a full band situation with everyone contributing to the writing process. In July 2018 the debut album "UNIFIED IN VOID" was recorded. All production, recording, mixing and mastering as well as the artwork was done by P.G. Lyrics were written by P.G. and Dennis Mohr. The release of the album followed on September 8th via YouTube-Channel "Black Metal Promotions".

UNIFIED IN VOID represents all basic elements, that GROZA is all about. Fast and melodic pieces full of haunting atmosphere and genuine emotion. Also lyrically, the band makes no compromises in expressing their most personal convictions and views about humankind, this world and everything within it. GROZA also celebrated their live debut as part of a album release show then. The band will now focus on live activity to promote and support the album. The storm is coming, better get ready.

Formed in 2015 as a project of experienced, devoted musicians from German bands in the Black Forest region, Thron's initial goals were to play authentic black/death in the spirit of the early to mid '90s. Heavily influenced by bands like Dissection, Unanimated, Sacramentum and Mercyful Fate , the band creates a symbiosis of icy melodies, harshness and a haunting atmosphere.

In January 2017, Thron released their self titled debut album via Clavis Secretorvm. In October 2018 their second assault "Abysmal" was released on renowned french Listenable Records. Since then the band made itself a name as a powerful liveband, playing on such events like Czarfest, Baden in Blut Open Air and Summer Breeze Open Air and various Shows with bands like Ultha, Rotting Christ, Firtan, Conan and more.