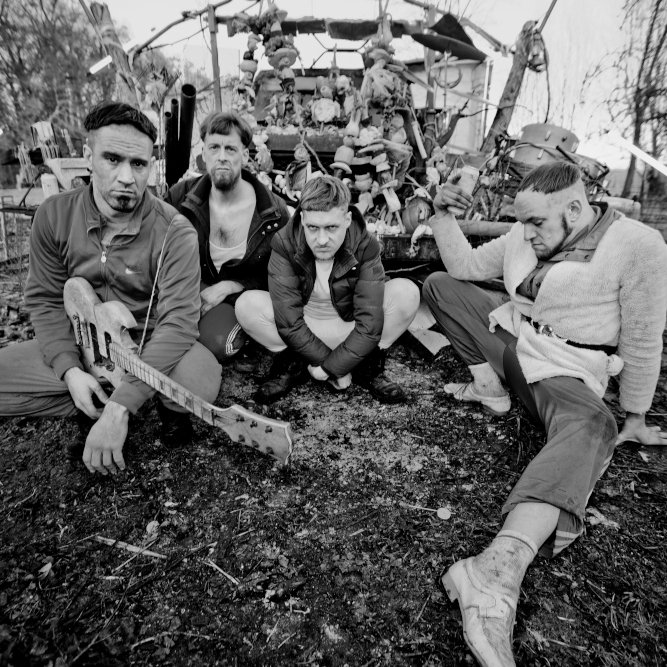 Deep at its heart in the small medieval town of Ghent, to be precise Belgium harbours a dark secret. You might not know it, but the unassumingly quaint town is home to one of the loudest, darkest and most progressive rock bands in the world. That's right, Belgium has a secret sonic weapon of mass destruction, and its name is Raketkanon.

Raketkanon: it means Rocketcannon in Flemish. But Raketkanon don't sing in Flemish. Raketkanon speak their own language; one of throttled squeals and shouts, meat-grinder waves of rolling riffs, synth-layered soundscapes, dystopic electronica-laced beats, and hypnotic grooves. Raketkanon speak the language of music like you've never heard anyone speak it before, and for their latest record, they've relearned a whole new dialect.

With their much-lauded Steve-Albini-produced second album, RKTKN#2, the band proved that they were utterly unique in their field. Even the Crown Prince of Chaos himself, Iggy Pop, became a newly-converted cult member as his gravelled tones grunted their praises on the BBC 6music airwaves. Now, in 2019, with new record RKTKN#3 ready to be deployed, the latest phase of Raketkanon's soon-to-be-launched musical offensive sees them pushing their boundaries further than ever before.