Sa-Roc
Sa-Roc grew up in Southeast D.C., at the height of the crack era, with neighborhoods plagued by poverty and disaffection. Her early experiences shaped her understanding of the world around her, deepened her emotional sensitivity and cemented a social consciousness that would later feature heavily within her work. She was born three-months premature and didn’t make a sound during the first fourteen months of her life. This struggle to find a voice — both literally and creatively — would later be critical in shaping her lyrical expression.
Sa-Roc is arguably one of the most vibrant MCs in the world today. Her crisp articulation, fiery delivery, and her elevated and insightful lyricism has often placed her within the same conversation of some of Hip Hop’s most notable artists. Once dubbed by Okayplayer as “one of the most formidable microphone mavens in the game,” Sa-Roc is an artist for a socially conscious generation.
There was no lack of early influences; she was raised by an artist father and an avid reader for a mother who would expose their young children to black writers, musicians and performers. She was raised on everything from the syncopated rhythms of hometown Go-Go acts like the Rare Essence and the Backyard band, to the prophetic poetry of Gil Scott Heron and Nikki Giovanni. It was the work of writers like these and more that helped Sa-Roc foster a love for language and writing and while still young, she began to pen her own poetry and short stories. She attended the Sankofa Institute, a Pan African centered school where her writing, social and creative expression was nurtured by Hasinatu Camara, an educator and civil rights activist. Camara would introduce Sa-Roc to close friends like Kwame Ture (f.k.a. Stokely Carmichael) MutaBaruka, and Haile Gerima. It was through these personal encounters that she began to see how artistic expression could be used as a tool to educate, inspire, and create change, a set of principles that she continues to live by.
Sa-Roc was on the verge of graduating from Howard University as a biology major but decided to leave college and, eventually, to leave Washington D.C. for Atlanta. It was in Atlanta where she was introduced to famed DJ and producer, Sol Messiah. Inspired by one of the acts he was working with, Sa-Roc decided to record some of her poetry and rhymes to his beats. The result was her first EP, Astral Chronicles which dropped in 2008. She went on to drop a project titled Supernova that same year, and quickly began to gain recognition within the cultural and activist community in Atlanta, performing at social justice and political prisoner fundraisers, and other community based events. Still the full breadth of her artistic expression didn’t arrive until later that year when a surprise introduction at a Mutulu Shakur benefit concert thrusted her on stage for the very first time.

Sa-Roc had finally found the full range of her voice and there was no looking back.
Her powerful performances, metaphysical lyrics, and skills as an emcee, quickly caught the attention of the independent Hip Hop community in Atlanta. In an effort to maximize her momentum, as well as continually sharpen her skills, Sa-Roc and Sol Messiah continued to release a strong series of collaborative projects between 2008-2014, including Journey of the Starseed (2010), Ether Warz (2011), and Babylon (2013). Additionally in 2013, she also performed at the historic Zulu Nation 40th anniversary event, a performance which led to her gaining the attention of some of Hip Hop’s most respected pioneers. Sa-Roc was making waves as an emcee with notable stage presence and a prolific output — by 2014 she had dropped a stunning eight projects in six years, including 2014’s Nebuchadnezzar.

Sa-Roc had gained widespread recognition. Black Thought pulled her on stage at A3C to perform an acapella verse. This led to several opportunities to open for The Roots as well as future creative collaborations with Black Thought. She has opened for the likes of Common, Jay Electronica, and has shared the stage with legends such as Rakim, De La Soul, and Talib Kweli. Sa-Roc continued her prolific output in 2015, dropping the albums Extraterrestrial, The Gift of the Magi and The Legend of Black Moses mixtape all within the same year. Around this same time, she caught the attention of Rhymesayers CEO Brent “Siddiq” Sayers, leading to her being booked for the seminal Hip Hop festival Soundset in 2015. Witnessing her captivating and commanding presence in person and on stage, talks began immediately to bring her to the label. Signed in 2016, Sa-Roc has thrived within her partnership with the influential label, touring with Brother Ali, in 2017, and releasing a string of powerful music videos along the way, including “Hand of God”, “Goddess Gang”, and “Forever”, as well as her skill-heavy Wisdom Wednesdays series.
Alongside Sol Messiah, her exclusive DJ and producer, Sa-Roc has amassed a global reach, toured internationally and gained fans from South America to Europe. She has performed at the legendary Jazz Cafe in London, performed live for BBC and has shared the stage with luminaries such as Carrie Mae Weems and David Byrne (Talking Heads).
Sa-Roc, by her own admission, was painfully shy and reclusive as a youth. In 2018, she channeled the pain of her childhood experiences and came up with the self-empowerment anthem “Forever”. The song struck a chord with many, creating a viral sensation that led to worldwide critical acclaim, amassing over 4 millions views on YouTube. In 2020, she embarked on a national tour with rapper Rapsody and made her debut on the world-renowned NPR Tiny Desk At Home series that led fans to describe her simply as “the truth” and technically “the best lyricist in recent times.”
In addition to her music career, Sa-Roc is a health and wellness advocate and public speaker, having led Hip Hop workshops and lectures both nationally and internationally. She is also an ambassador for Hip Hop is Green, an organization that uses the power and influence of Hip Hop music and culture to expose and educate underserved communities about the benefits of plant-based eating.
Her Rhymesayers debut album, The Sharecropper’s Daughter, the title of which pays homage to her father’s experience growing up sharecropping tobacco, is in Sa-Roc’s own words “a sonic reflection on the generational inheritance of trauma and triumph that shapes our humanity and influences the way we see the world.” At a time where people all around the globe are calling for social change, Sa-Roc is an MC whose energy and conscious lyrics are here to shake up the rap game and remind us all that Hip Hop was always about giving a voice to the people.

SOL MESSIAH:
Growing up in his hometown of Atlanta, artist/producer Sol Messiah was inundated with the rich and energizing spirit of Hip Hop culture. Getting his start as a breakdancer, Sol Messiah built his reputation as a b-boy before traveling to NYC to join the legendary Rock Steady Crew. Inspired by New York Hip Hop legends, Sol Messiah fell in love with another foundational element of Hip Hop culture: DJing. Spending untold hours mastering the skill, and acquiring the musical knowledge required of the DJ, Sol Messiah was prepared to make the leap into producing records, the next step in his musical journey.
A talented and skilled producer, Sol Messiah eventually linked up with Atlanta legend and veteran producer Dallas Austin. For years, Messiah would work alongside Dallas to create a deep catalog filled with timeless tracks for TLC, Madonna, Monica, Boyz II Men and more. At the same time, Messiah would continue to build his reputation as a DJ, securing several club residencies and gaining popularity and acclaim for his classic Sol Messiah Mixtape series. After separating with Austin in 1997 to pursue his own musical path independently, Sol Messiah spent years building an impressive catalog and further established himself as a go-to producer for a wide range of acts. Some of his most notable credits from this era include “Rain” and “Picture Perfect” from Chamillionaire’s platinum album The Sound Of Revenge, Nappy Roots’ “Roll Again”, David Banner’s “Ridin’” featuring Talib Kweli & Dead Prez as well as Dead Prez’s “Hell Yeah”, featuring Jay-Z.
Soon, Sol Messiah would embark on a fruitful musical partnership with a fierce lyricist named Sa-Roc. Together, Sa-Roc and Messiah have released over a dozen projects thus far, including Sa-Roc’s groundbreaking 2020 debut on Rhymesayers, The Sharecropper’s Daughter. As a duo, Sa-Roc and Sol Messiah have amassed a global reach, touring internationally and rocking crowds across continents. They have performed at the legendary Jazz Cafe in London, performed live for BBC and have shared the stage with luminaries such as Common, The Roots and Jay Electronica.
On his latest album, GOD CMPLX, Sol Messiah connects with some of the finest MCs in the game to create a collection of head-bopping Hip Hop music that's both innovative and inspiring. Featuring guest performances from KXNG Crooked, Sa-Roc, Evidence of Dilated Peoples, Locksmith, Stic.Man of Dead Prez, Che Noir, Lyric Jones, Mickey Factz, Cambatta, Planet Asia, TriState, Narubi Selah, Murs, Da BackWudz, Slug of Atmosphere, Aesop Rock, and Baba Zumbi of Zion I, GOD CMPLX is a powerful and engaging project.
The journey that Sol Messiah began so many years ago, as a youth discovering Hip Hop in Atlanta, has no ending in sight. With his gifted ear and fierce dedication to Hip Hop culture, he continues to use his craft to build his own body of work as well as help maintain and elevate the culture of Hip Hop as a whole. 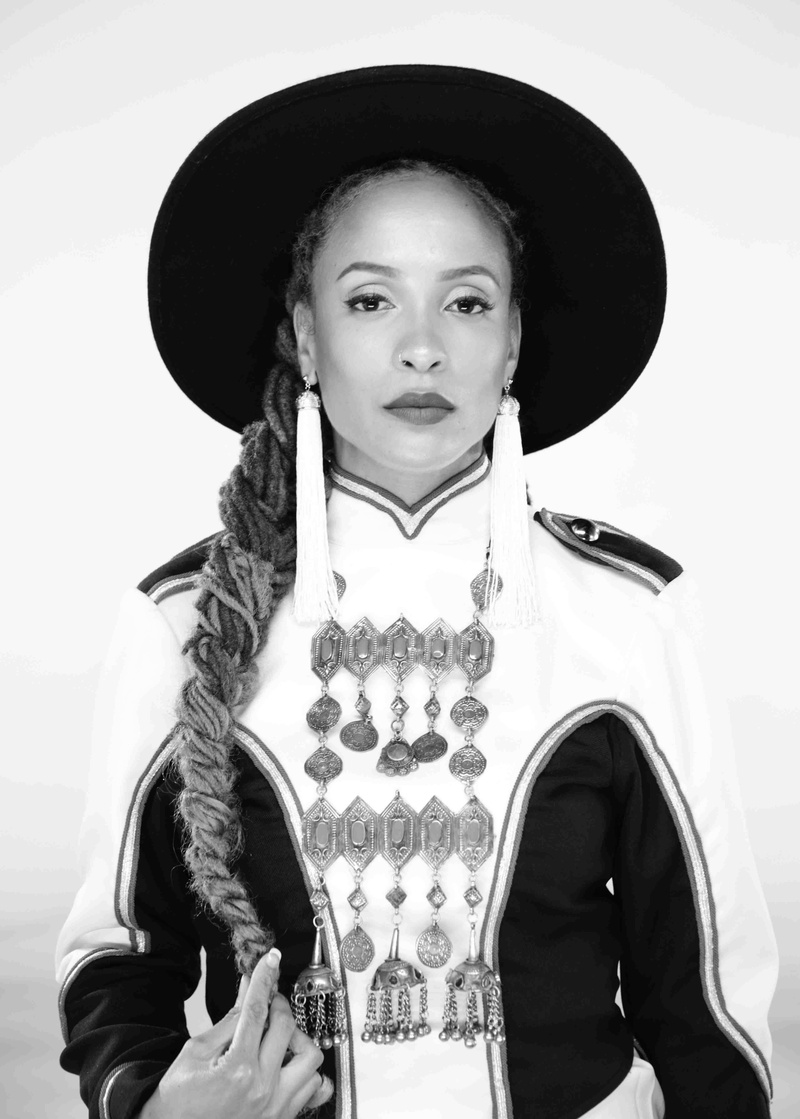