„Satan I want to marry you“- Grunge meets psychedelic rock with a touch of cheesy darkpop.
Imagine ANNIE TAYLOR as a rusty dog searching for his bone in the expanding universe. Pandora’s
Box opened in end of 2016, when Gini (singer & guitarist) forced her flatmate to rehearse in the
living room, until the neighbours came by to sing along or shut them up. Her vision of a grungy duo
mutated when they completed their four headed squad. The bands first move as ANNIE TAYLOR
was to release three singles (Partner in Crime, Wasted Youth and Teach me Rock n’ Roll) touring in
Italy, France and Switzerland.
Shortly after, ANNIE TAYLOR played with charming bands such as L.A.WITCH, SUNFLOWER BEAN and
SUGAR CANDY MOUNTAIN. Instead of imitating the real Ms. Annie Taylor by tossing themselves over
Niagara Falls in a barrel, Gini, Tobi, Michael and Jan somehow ended up jumping in TAXI GAUCHE
RECORDS arms. The debut EP “NOT YOURS!”, with their grunge, psychedelic, Lo-fi darkpop sounds
on it, arrived in April 2019. 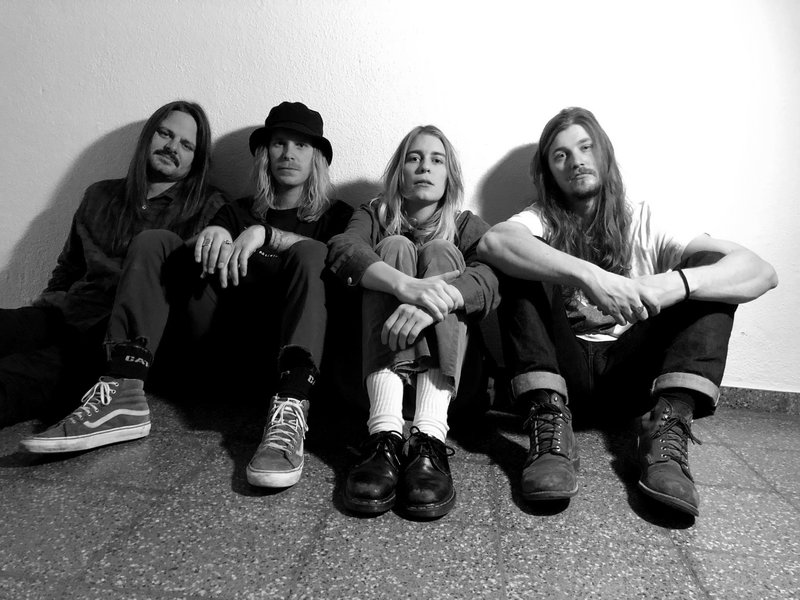