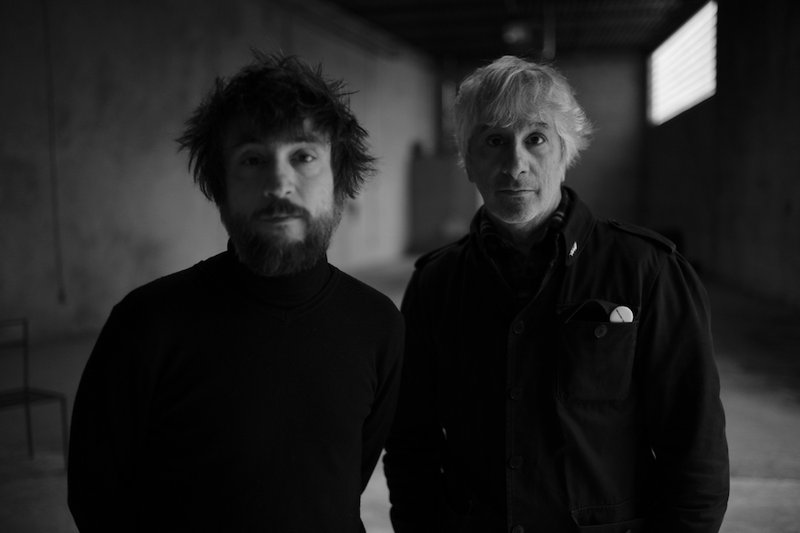 “If you live long enough, you see a lot of people drift in and out of your life,” says Lee Ranaldo, explaining one of the loose themes linking the adventurous pieces that compose his and collaborator Raül Refree’s electrifying new album Names Of North End Women: that of the ineffable course of time, and the lives that pass in and out of one’s own.

In a remarkable career that has seen him flourish as a songwriter, a singer, a guitarist, a noisemaker, a poet, a visual artist, a producer, and more, Ranaldo has seen many fellow quixotics – his bandmates in Sonic Youth, composer Alan Licht, filmmaker Jim Jarmusch, author Jonathan Lethem, partner Leah Singer, drummer William Hooker – pass through his life, their collaborations changing the path of his work. One such resonant encounter occurred in 2014, as Ranaldo and his band The Dust found themselves adrift for a week in Spain, after a proposed festival in the Moroccan desert fell through at the last minute.

The group relocated to a Barcelona recording studio to cut an album in the “unplugged” set-up they’d latterly been performing in, yielding the 2014 album Acoustic Dust. The producer for the session was Raül Refree, whose restless career had taken him from hard-core bands in his youth, to the vanguard of a new movement redefining flamenco. One of the most renowned producers in southern Europe, his duos with Rosalía, Richard Youngs, Lina, Sílvia Pérez Cruz, as well as his collaborations with a wide range of International artists (Cheikh Lô, Mala Rodríguez, C Tangana, Josh Rouse, Rocío Márquez) and his award winning work composing soundtracks (most notably with Isaki Lacuesta) exhibit the scope of his approach. Ranaldo sensed an instant kinship with Refree, and friendship blossomed, alongside plans to work together again in the future.