LIVE MUSIC:
The Spunyboys - France
Two words to best describe what Spunyboys music is all about would definitely be those on their record : Rockabilly Legacy. Formed in 2006 in northern France by the brothers Remi (Double bassist, singer) & Guillaume (drummer), the trio gets his definitive line up in 2011 when Eddie (guitar) join em. The Spunyboys use the same ol' ingredients, such as Hillbilly music & 50's RNB/Rock N Roll, to make that explosive cocktail called Rockabilly. The Spuny boat ain't sailing only the Mississipi (New Orleans, Memphis, +Chicago) to get influenced, since he reach the River Thames, surrounded by british rockers too. That is why you can find some Cliff Richard / Crazy Cavan / Flying Saucers covers... in their set right after some Carl Perkins / Ronnie Dawson / Little Richard or Johnny Horton gems between Spuny songs.

King Automatic - France
As we are now nearing the 2nd decade of the 21st century, it is time to ask an essential question:
Where lies the future of Rock'n'Roll?
Will we recycle old ideas ad infinitum - 3 chords boom chica boom, mimick the past and kneel and pray at the alter of Jerry Lee Lewis, The Ramones and the Cramps or will we introduce new musical concepts into Rock'n'Roll, embrace the future and venture into unsafe yet exciting waters?
Will we limit ourselves by sticking to the musical traditions of the Western hemisphere only or will we seek inspiration across the four corners of our globe and make truly trans-global Rock'n'Roll?
It is time to expand the horizon and to seek out new territories - it is time to evolve and if that evolutionary process takes the shape of King Automatic...well that's all the better.
This Gentleman finds inspiration in Jamaican Rocksteady, Rhythm'n' Blues, Bebop and the tribal drumming of West Africa to mention only a few of the ingredients of a truly exotic musical cocktail.
In addition to the musical diversity to be found in his music, King Automatic has also freed Rock'n'Roll from the lyrical cliché of: "I picked up my baby in a '59 De Ville, we tore through the city seeking cheap thrills". There is actually real songwriting at play here which adds a welcomed layer to the music we all like to drink, dance and make babies to.
Starting out in the mid-1990's as the drummer of the legendary French Punk band Thundercrack, King Automatic took a radical turn at the beginning of the new Millenium and introduced a new dimension to the sound of one-man bands.
He began to sample and loop organ, guitar, harp and percussion sounds live on stage to create a truly sonic soundscape close your eyes and you will swear you are listening to an orchestra.
With his new album "In The Blue Corner" now appearing on Voodoo Rhythm Records, he has taken his vision to the next level and has created an even more diverse record than his previous two - he has once and for all left behind the shackles and confinements of traditional Rock'n'Roll and his journey has led him to exciting places - mesdames & messieurs join King Automatic on his unique odyssee and explore the Rock'n'Roll of the world!
by Marc A. Littler 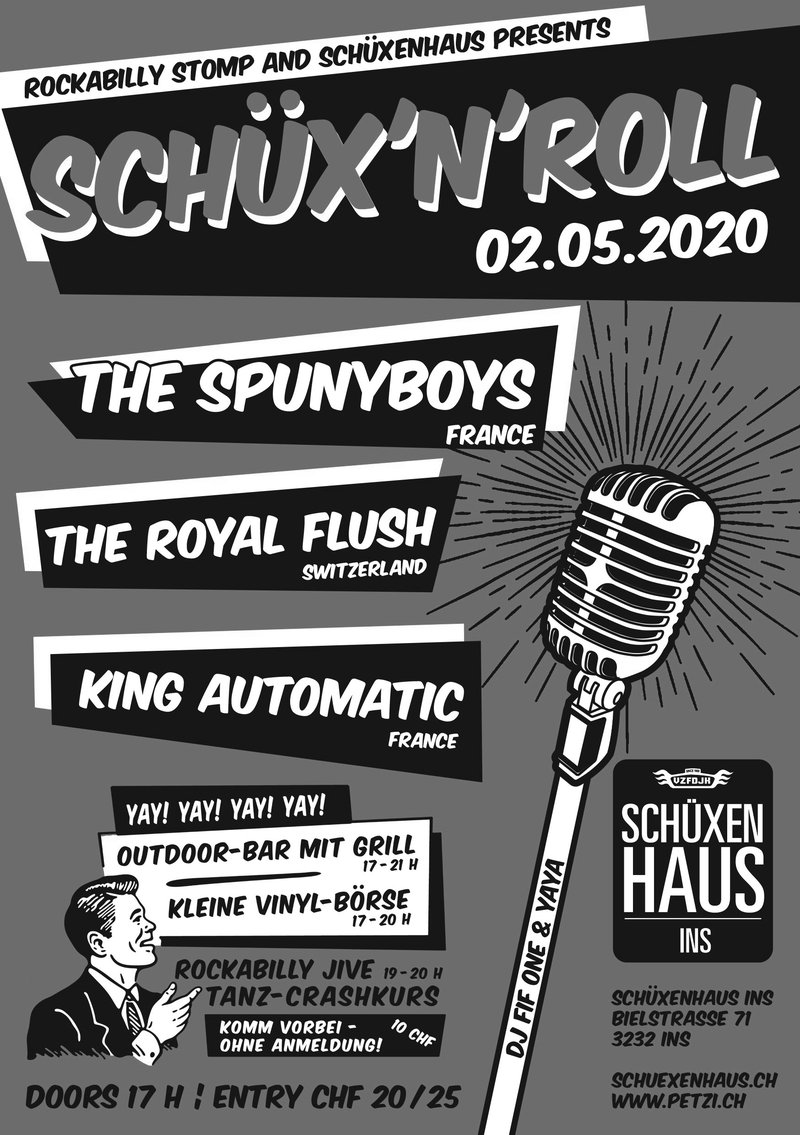